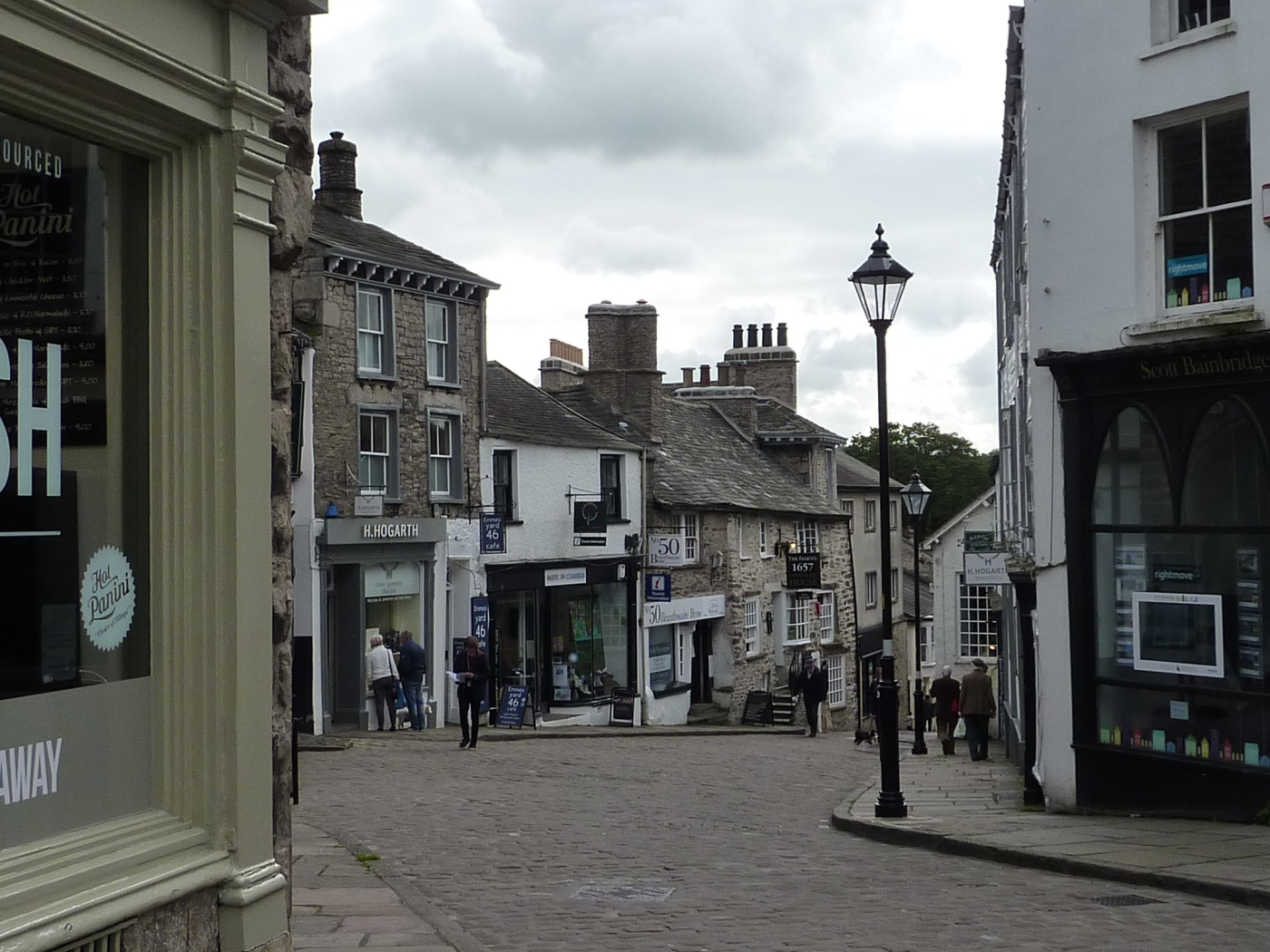 Saturday was a day of what’s optimistically described as ‘intermittent showers’, which means it alternates between thick drizzle and bucketing.  We didn’t fancy kicking our heels round the house all day, so buzzed into Kendal with our brollies to do a bit of poking about.

Although the town is only around 10 miles away, and although we pop in and out like the sun on a showery day, we’re usually too busy heading for appointments, or rushing round the shops, to bother exploring.  However, every now and again it’s worth taking the time for a closer look, as this is an ancient and fascinating place.

There was a settlement on the River Kent nearby in Roman times, and the town easily dates from the early Middle Ages.  The market charter dates from 1189, the church is over 800 years old, and the town (often called the ‘auld grey town’ because of its beautiful soft grey limestone walls) still retains its medieval street pattern of high street, market place, and dozens of old ‘yards’.  The latter are a real feature, often opening up into hidden spaces containing old warehouses, cottages, or alms-houses.  And everywhere you look, there’s intriguing details: artwork, old milestones, intriguing signs and plaques, and a plethora of blue, green and brown plaques placed by the local heritage society to mark places of special interest.

This time I deliberately took my camera, and spent a morning (in between showers) happily snapping away.  I took around 30 photos and have barely scratched the surface, so there’s plenty more material for future visits.  Here’s a couple of pictures to give you some idea of the town.  Top is the steep section of Branthwaite Brow; middle is the ‘New’ Shambles!  And the third is the Highgate Hotel, with its wonderful inscription which reads in full ‘To the dwellers in this place God grante peace’.  I’ll be posting more soon, on my Instagram account. 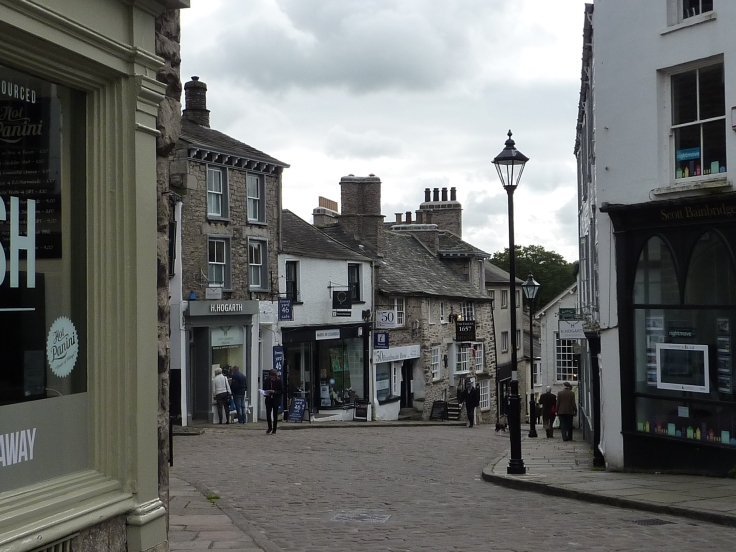 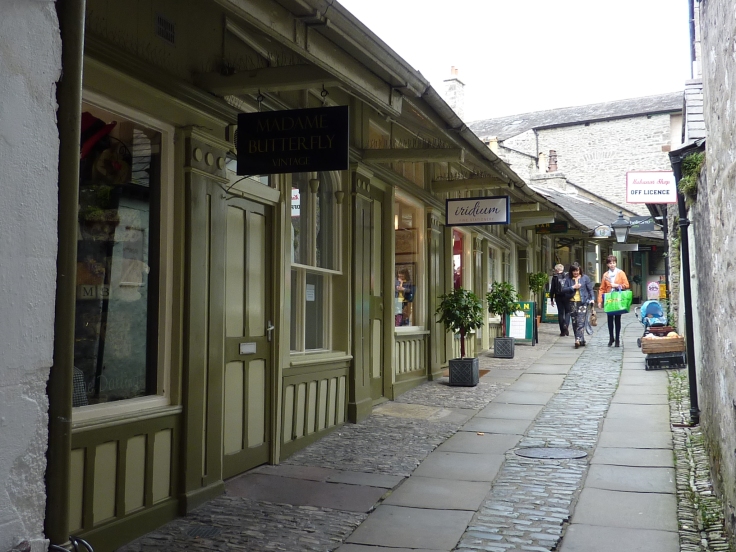 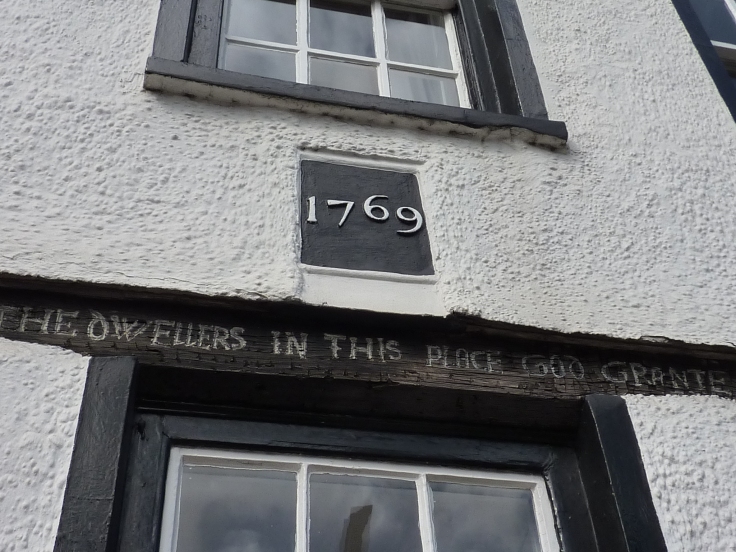 When Fiona isn’t being a pane in the glass, she writes dark, quirky, and paranormal romance. She currently has two books out: gay vampire romance ‘Echoes of Blood’ on Kindle, and paranormal ghost story ‘Got Ghosts?’ from Fox Spirit Books. Find out more at her website, http://www.fiona-glass.com . 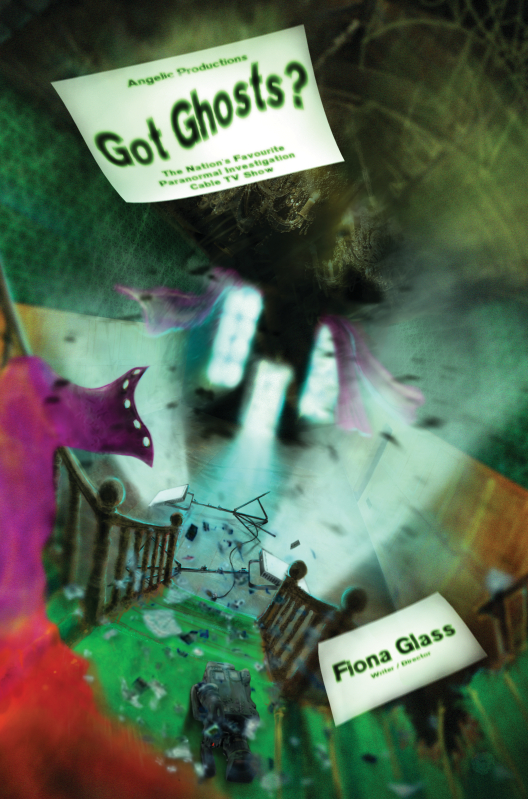